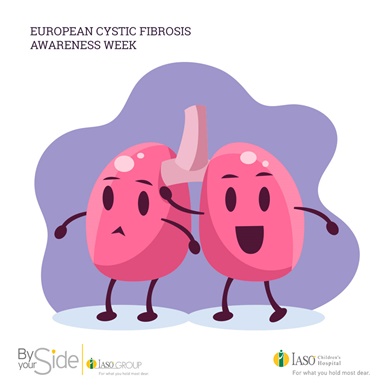 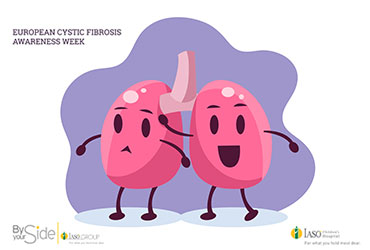 Cystic Fibrosis (C.I) is an inherited disease that causes severe chronic pulmonary disease and simultaneous malfunction in other organs of the body such as the pancreas, sweat glands, liver and other. In Europe 1 child in 3.000 – 4.000 births is born with cystic fibrosis, and 1 in 20 to 25 individuals of the general population, is considered to harbor a pathologic gene.

The most common symptoms experienced by a person suffering from C.F mainly include chronic cough (bronchitis or recurrent bronchitis), chronic diarrhea accompanied by poor weight gain. The main expression of the disease is through the respiratory system, since the mucus layer on the small and large bronchus is excessive and thicker compared with non-patients, leading to impaired clearance.

An important role, among others, for the children suffering from Cystic Fibrosis is early detection by the performance of Sweat Test that measures chloride ions in the child’s sweat. The Pediatric Pulmonologic Department of IASO Children’s Hospital covers all the needs of little patients with acute, recurrent or chronic problems of the respiratory system and performs the Sweat Test, which is the most recognized method internationally and is used to screen young patients for cystic fibrosis.

Children suffering from Cystic Fibrosis and other chronic pulmonary diseases form a group of the population, which deserves special care, treatment and support, especially during COVID-19 pandemic.

The Free Screening Test is valid until Thursday 31st December 2020 and demands the production of any document certifying that the child suffers from Cystic Fibrosis.