210 618 4000
Through the Oncology Council, a team of specialists provides the best possible therapeutic choices to patients with gynecologic malignancy.

The Oncology Council (OC) was formed to manage women with gynecologic malignancies, leading to accurate diagnosis, the best possible treatment approach and long-term follow-up. This is made possible through close collaboration between the treating physician and the team of specialists.

This team may belong to a specific clinic or may be formed on an ad-hoc basis for individualized management of each patient. Apart from the attending physician, it also consists of a gynecology surgeon / oncologist, a radiotherapist, a medical oncologist, a pathologist, a radiologist and any other specialist deemed necessary. Other healthcare professionals may also participate, such as psychologists, nurses, social workers and physiotherapists.

It is mandatory for an attending physician to refer a patient with a malignancy to the Oncology Council, in accordance with the legislation for the public and private healthcare sector. The patient also has the right to ask the OC / Gynecologic Oncology Department to review her file, at her own initiative. Through the OC / Gynecologic Oncology Department, the team of specialists provides the best possible therapeutic choices. This could be surgery, chemotherapy, radiotherapy, a combination of these or any other therapeutic intervention, while it is also possible to include the patient in a clinical study.

The Council follows a specific process. The attending physician presents the particulars of the patient's disease, which are then reviewed, examined and assessed. Based on these, the OC decides on and proposes the therapeutic approach indicated for the patient, taking into account her family and personal medical history.

Special attention is paid to the molecular profile of the disease and the potential application of targeted treatment, based on the abnormal genetic variants detected. In younger patients, it focuses on the optimal management of the disease, while preserving fertility, without, however, affecting the prognosis. The possible choices are described, the risks are analyzed and the optimal solution is proposed. The patient and the attending physician are informed of the proposed choices in writing.

It is extremely imperative for a patient with a malignancy to be monitored by doctors of various specialties, as part of either a special clinic or an Oncology Council, to accomplish the best possible diagnostic and therapeutic result.

The benefits for the patient are:

As a result of this scientific activity, the members of the OC / Gynecologic Oncology Department publish articles in respected international scientific journals, participate in scientific talks and presentations, organize seminars, and participate in clinical trials.

The key to the successful operation of the IASO OC / Gynecologic Oncology Department is the honest cooperation and trust built between the attending physician, the OC members and the patient. Testament to its safe operation is the fact that in the last decade, none of the patients with gynecologic malignancy filed any charges for civil or criminal liability.

The IASO OC / Gynecologic Oncology Department has been audited, has harmonized its operation to the General Data Protection Regulation (GDPR) and has been certified, initially by IASO in 2012 and then by TÜV Hellas to ISO 9001: 2015, one of the most well-known international quality standards. It has also been certified by Temos International Healthcare Accreditation since 2013 and accredited since 2019. It has clearly-defined Terms of Reference and is inspected annually by the bodies mentioned above, to ensure it remains fully harmonized.

For further information or to book an appointment, please call: 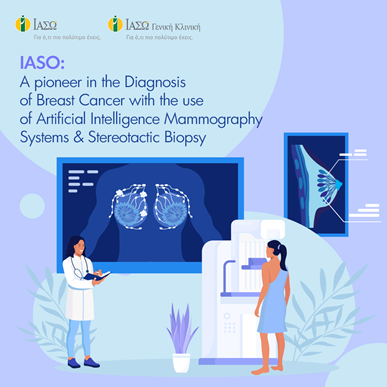 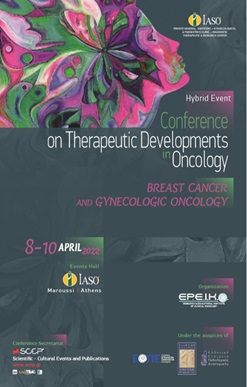 IASO: Scientific Seminar on the topic "Sexuality: The new reality" 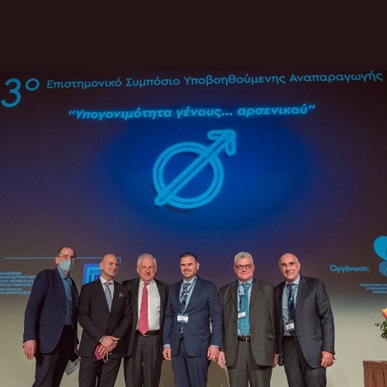 The 3rd Scientific Symposium of assisted reproduction was successfully completed